The problem with the professionals who came after the like of Freud is that they do not recognize the spiritual dimension. They reject religion and even more so the spiritual nature of drug abuse. God on the other hand gives us very clear teaching on the matter. The problem is that this knowledge is hidden from the average Biblical scholar because theologians have had no real reason to research God’s Word on the matter of drug abuse in terms of religion. 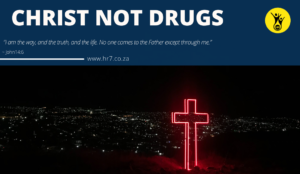 GOD WAS TELLING ME SOMETHING

In my case, I had been in the ministry for six years prior to backsliding into the drug culture and I was seeking specific answers from God when locked up in jail. After going through withdrawal I received the Bible I asked for from the Narcotic officers and threw myself into study with a zeal. It was a very old King James version of the Thompson’s chain reference Bible. Amazingly every text that mentioned sorcery of witchcraft seemed to jump out of the pages at me. I knew God was trying to tell me something. I made a note of the Scriptures and a few months later when I was back on the outside I visited a local State library to continue my research. I eventually realized that the New Testament was written in Greek and looked up the relevant Scriptures in the original language. I was no Biblical scholar at the time but when I saw the word pharmakon I knew I had hit pay dirt.

Further research into the history of drugs in previous civilizations made things even more clear. Shamans, witch doctors and sorcerers all practised their occultic religions while under the influence of drugs. The belladonna alkaloids, mostly in the form of a drink made from the leaves or powdered seeds, also play an important part in American Indian magic and medicine. Jimsonweed or stinkweed (Datura stramonium or Datura inoxia) was familiar in North America before the Europeans arrived; the name, a corruption of “Jamestown weed,” is derived from an incident in which it was eaten by seventeenth-century English colonists at Jamestown Virginia. The Aztecs used the drug toloatzin or toloache (Datura inoxia) in divination and prognosis; other tribes still use this and other datura species for sores and internal injuries, as a preparation for the hunt, in rain-dance rituals and puberty rites, and above all in witchcraft. California Indians personified toloache as a great shaman and used it in their vision quests for an animal spirit helper. It is still sold in Mexican markets as an aphrodisiac and medicine. A Spanish term for datura is hierba del diablo, the devil’s weed; under this name, it is used, along with other “power plants” like peyote and a psilocybin mushrooms mixture, by the Yaqui Indian sorcerer Juan Matus in Carlos Castaneda’s popular series of books. European investigators were once inclined to identify any unknown drug said to produce visions or hallucinations as the familiar datura, and in the twentieth century, the lysergic acid amide morning glory ololiuqui was misidentified in this way.

Plants containing atropine and scopolamine are also in common use in South America, from Columbia (Methysticodendron amnesianum) to southern Chile (Latua pubiflora, known as “the sorcerer’s tree”). Various species of Datura and Brunfelsia are known in the Amazon and the Andes as chamico, chiric sanango, borrachero, and maikoa, among other names. Datura is often one constituent of the Amazonian drink ayahuasca, and in coastal Peru, it is sometimes added to the mescaline drink cimora made from the cactus Trichocereus pachanoi. The Jivaros of the Amazon use datura as well as the harmaline drink natema; they regard datura as stronger, more dangerous, and more suitable as a preparation for war. It is taken for spirit voyages to encounter the supernatural but is not used in healing because the effects are so uncontrollable that the shaman cannot retain his ties to this world while journeying in the other one (Harner 1968). Many South American datura species unlike those of other regions are trees; interestingly, these tree daturas are all, like coca, domesticated plants that are unknown in the wild.

During the hippie era we had gone through countless religious experiences whilst tripping on LSD and or being stoned on weed. The rock festivals we attended were nothing less than massive worship services. The whole global drug empire took on a crystal clear perspective when I studied Revelations 18.

PUT YOUR TRUST IN CHRIST

The use of psychoactive drugs, irrespective of their legal status, lead to idolatry, demonic deception, and the worship of self and or others gods and is a spiritual issue more than anything else. It is a highly destructive weapon in the hands of Satan with which he initially tries to counterfeit the experiences God wants us to have through the supernatural activity of the Holy Spirit. I realized this to be true when I studied the fifth chapter of Galatians from verses 16-22.  In verses 19-21 the Scripture mentions approximately 15 behavioural disorders which are mostly present in the lives of drug addicts. Number five down the line is the use of drugs. Right next to it we find idolatry. In verse 22 the Bible states that the opposite to this is the fruit of the Spirit or the behaviour related to the presence of the Holy Spirit in a believer’s life. The Bible then goes on to state that those who have put their trust in Christ have crucified the lust and desires of their sinful nature through applying the cross of Christ. Now if this is not talking about spiritual things, then what else is it?