The relapse rate with hardcore drug addicts in South Africa, like the rest of the world where there is a serious drug problem, is alarmingly high. It is most probably higher than the relapse rate of long term prisoners. It is especially very high in secular treatment centers where programs are run along psychological and psychiatric lines. The World Health Organization keeps very accurate data relating to research on this issue because they are concerned with the effect it has on the economies of various countries, especially the USA. According to the WHO there are more than 200 million addicts in the world which is more than 3% of the total population. Some 15 years ago they came to the conclusion that the success rate they have researched was under 5% of patients who have gone into programs. 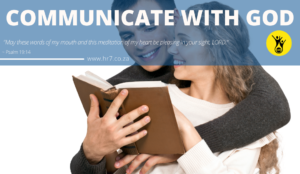 According to recent neuroscience research they have come to several conclusion which include the following:

Elsewhere the document gives a rather detailed explanation how psychoactive drugs affect the different parts of the brain in very technical and scientific terms. It sets out how experiments in laboratories verified certain behavioral patterns done with rats who self-administered drugs very much like humans, in terms of favoring the drugs basic needs such as rest and food. It also explains very graphically how these drugs chemically altered the normal functions of the brain and how that levels of normal excretion of natural substances the brain needed where impaired. I do not doubt for one moment that  they are wrong in their findings especially now that through highly sophisticated equipment they can actually read or see how the chemicals in the brain change. This is all very wonderful and like all other true scientific discovery, they are simply able to find out what is happening to the human brain while under the influence of these drugs. God is enabling us to better understand the physical world around us and how it impacts on us. Yet, this does not give them the right to make the assumptions or statements that they do regarding the accountability of the person who experiments. We all know too well that 58% of first time users will become addicts and these researches have now discovered the biochemical reasons as to why.

WE ARE WHAT WE BELIEVE

It does not give them the right to say that it is a medical disorder that has nothing to do with will or strength of character. It you know you are going to contract HIV AIDS because you are having unprotected sex with an infected person you are suicidal and cannot blame the other person for your disease. If you take psychoactive drugs, and it causes chemical imbalances in your brain which in turn causes dysfunctional behavior, you are dodging your own responsibility by blaming your behavior on the drug, your parents’ divorce, the fact that you were abused or any other bad thing that happened to you in the past. If we had to accept the theory that drug addiction is what the proponents of the human sciences would have us believe, there would be very little hope of recovery. That is one of the reasons the success rate is so low. They miss out on a very important aspect of human nature, namely that people are what they believe.

NO WITHDRAWAL IN CHRIST

These professionals convince themselves and their patients that their disease is almost incurable and so complex and not their fault so there is very little they can do but follow the program and hope for the best. They also set them up for relapse because they talk about it all the time, which is also the case with withdrawal. How come we have so many patients who have been in one program after the other relapsing and fearing and experiencing withdrawal but when we lead them to Christ and they get filled with the Holy Spirit there is no more withdrawal.

WHAT WE NEED TO COMMUNCIATE GOD’S WILL

People take drugs in order to get high and escape reality. There are some who have become addicted to habit forming medicine because they abuse the original intent of the medication, but they are a very small percentage of the drugging population. Most people use drugs to escape from reason yet God calls us to exercise our reason to come to sane and logical conclusions and to be responsible for our decisions and subsequent actions. He wants us to think logically and constructively. Drugs disrupt this God–given ability. Like we said and agreed in the beginning, we are able to communicate with God via our minds. People heard and saw the Son of God as He came to establish the Kingdom of His Father. We need sober and clear minds to grasp and understand and communicate God’s will.