Whose compass should we use in giving people direction in the Counseling process? 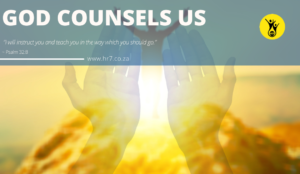 OUR MIND IS OUR MENTAL COMPASS

The springboard from which we will launch our dissertation is the issue of the role that the mind of man plays in determining his behaviour, lifestyle and eventual destiny. It is like a mental compass with which we have to find direction in life. I believe we can all reach a point of agreement in this statement that all action starts in the thoughts we receive into our minds. This is very much like the invisible lines that magnetic forces exerted on the surface of the earth. We can all remember the experiments we did at school with iron filings on a flat piece of paper. When we hold a strong magnet underneath the iron filings take on the lines of magnetism the magnet exerts upon them and we can actually see the lines manifesting from the negative to the positive pole of the magnet. In the same sense, our minds are influenced by invisible spiritual forces.  As to the source of where these thoughts come from, we can debate that later. But first of all, let’s get consensus and agreement on this, that man is the sum total of his thinking processes irrespective of his environment, culture, race or creed.

We also know that man, apart from being able to think is also basically a religious being. There are of course those oddities who try and convince themselves that there is no god whatsoever of any kind and they normally would like to ascribe that title themselves which in reality is the case. But for the sake of argument let us agree if possible that there are two basic viewpoints we need to follow in this discourse, namely both a human, worldly viewpoint and a Divine heavenly viewpoint. There is the physical tangible world and then there is the invisible abstract or spiritual world. In everyday life, each one of us is involved with the interaction between the two. They both impact each other and on us and it is all filtered through our thinking process.

WE ARE NOT IN CONTROL OF EVERYTHING

The moment we awake to start each new day, our minds are active and through our senses and emotions, we interact with our surroundings. If my car does not want to start and I had a late night and overslept and I do not get control over my thoughts and emotions, the rest of the day can turn out to be most miserable. There is a constant interplay between the visible and invisible world in and around me. Some things are under my control, other things are not. Someone else is in control in that realm. We who are human and different from the animal and plant world move between the two, the tangible world and the spiritual world and all the time we are seeking answers as to how to make sense of it all and for this God has given us a brain and a mind. The one is a physical organ and the other a thinking person and the two are constantly at work and Someone is ultimately observing, watching, guiding and judging how we behave. That Someone is the Lord and He wishes to guide our lives. Psalm 32:8 says:

“ I will instruct you and teach you in the way which you should go; I will counsel you, My eye shall be on you.”

THINK FURTHER THAN YOUR OWN VIEW

And we know this subconsciously and try and work out some code of conduct to do the right thing in the right place whether we are hunting animals for survival in the dense forest as pygmies or chasing after some business contract in the concrete jungle.  We have our view of the life going on around us and then there is the view that the God who made us, has. If we cannot see further than our own view, we are going to be very limited in finding direction in this maze we call “life”.  In Deuteronomy 32:10  it says

“He found him in a desert land, and in the deserted, howling wilderness. He led him about, He cared for him, He kept him as the pupil of His eye.”