ALL MEASURED AGAINST JESUS

THE A-B-C OF THERAPY 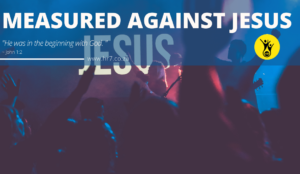 Although it is not important to therapy to pinpoint the source of these irrational beliefs, it is understood that they are the result of “philosophical conditioning,” habits not unlike the habit of answering the phone just because it rings. Further, Ellis says that we are biologically programmed to be susceptible to this kind of conditioning!

In Biblical terms, we know that the irrational beliefs Dr Ellis refers to are in fact the lies that Satan spreads around. We also know that the “philosophical conditioning” he refers to is our subconscious awareness of sin and how we relate to that. The biological programming points to our propensity to disobey God and to do our own thing.

What you are going to find from time to time are references to research and findings by noted psychologists that correlate greatly with the same truths we find in the Bible. It is not that we are trying to validate what God says to be true by quoting them, it is just that we want the reader to understand that God has given us a handbook on humanity that covers every single aspect of our spiritual, psychological and practical living experience.

From our studies so far we can come to no other conclusion but that God is the ultimate and supreme psychologist we can get counselling from. There is however one great and unchangeable fact, God does not theorize, He states immutable and indisputable truth because He is Truth. Furthermore, if we follow and obey His counsel the outcome is guaranteed. He also provides an unchanging standard by which we can measure our functionality and clarity

of mind. This has been the anomaly that could never be resolved among secular psychologists and theorists namely where to find the perfect man against which we can be measured. We all have our shortcomings, failings and weaknesses when we are truthful. Jesus Christ was the only one ever in whom no sin or wrongdoing or lies could be found. Consequently, He is the one against whom all of us are measured. Romans 3:23 says:

“…for all have sinned and come short of the glory of God.”

Biblical Therapy is a faith-based process during which we compare the lies that have formed our belief system with the truth according to God’s Word. According to the Bible, we discover that the embodiment of God’s Word is His Son Jesus Christ. It says in the Gospel according to John 1:1-2