THE MOST FRIGHTENING MINDSET

The reprobate mind is caused by the spirit of whoredom (Hosea 5:4/Ezekiel 16:32-36). You will find this frightening mindset in Romans 1:28, which says:

“And even as they did not like to retain God in their knowledge, God gave them over to a reprobate mind, to do those things which are not convenient.” 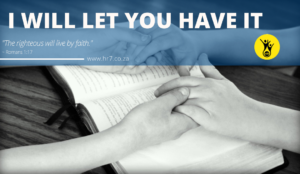 The word reprobate means unapproving or undiscerning. In the context of Romans 1:28, since certain people had suppressed the revealed truth of God and refused to retain God in their knowledge, consequently, for the third time in only a few verses in Romans one, it is said that God gave them up (over) to what they wanted all along. The consequences of this mindset were disastrous. The corrupt lifestyle that follows cannot be blamed on God. It is what they wanted. In effect, what God said was:

In verses 29 through 32, the list of sinful indulgences is heinous. They are permeated and saturated with unrighteousness, iniquity, perversion, greed, malice, envy, jealousy, murder, strife, deceit, treachery, cruelty, backbiting, slander, hatred, including hatred toward God, insolence, arrogance, boastfulness, inventors of new evils, and un-dutifulness to parents. If one could open the reprobate mindset, you would find a garbage dump of perversion.

KING SAUL AS AN EXAMPLE

The Bible example I shall use for the compulsive-addictive or reprobate mind is King Saul. Doctor Lockyer accurately describes Saul as the

“…man who lost his kingdom.”

EVERY CHANCE TO BE A SUCCESS

No other Biblical figure had so many chances to become successful, and no man ever so missed them as King Saul. He was literally an abuser of his God-given opportunities. He began in splendour and ended in tragedy. His age-old story of pride, egotism and the abuse of power makes Saul the classic example of someone with an addictive-compulsive mindset.

ANOINTED BY THE HOLY SPIRIT

The reprobate mindset is capable of every possible evil.