The Drug Revolution of the 60’s

After World War 2 there was an explosion of interest in drugs by the pharmaceutical industry. With new technology, much of it developed in the war effort, top chemical scientists were paid top dollar to invent and develop new drugs. Drugs would wake you up in the morning, energize you during the day, calm you down or stimulate you, put you to sleep and enhance your enjoyment of life. Everything that ailed the human body or mind could be cured by some drug. The pharmaceutical industry spent billions on propaganda and advertising to brainwash people into using their products.

In the early 60’s the only drug considered to be bad was heroin because that turned you into a “junkie” Hollywood and most of the prominent role players in the music and visual art industry had fallen under the magic spell of Timothy Leary, Aldous Huxley, Alan Ginsberg and others. Psychedelic drugs were not banned until October 1966 in the USA. By then several huge hippie festivals like Woodstock and Monterey had evangelized 100’s of thousands of youth to participate in the psychedelic experience Huxley and Leary proposed. Psychedelia, including music, movies, art and clothing became major brands in the marketplace. Although the UK and USA were the fore runners, Australia, Europe and South Africa were quick to be overrun by flower power people smoking dope and tripping out. Music and psychedelic posters were the main tools of evangelism. 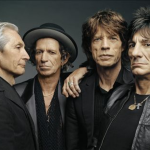 At the epicentre of the tornado of psychedelic music were the Beatles, Rolling Stones, Jimi Hendrix, Jefferson Airplane, the Doors, Grateful Dead, Grand Funk, Led Zeppelin and several others. Under their musical influence paired with the powerful mind altering qualities of LSD an entire generation started throwing of the stifling,restrictive, materialistic and conservative mindset of their parents to enter into a new freedom of thought, spiritual experience and sexual liberty. This manifested in outlandish dress modes, long hair, spaced out looks, eastern practices and rituals as well as uninhibited hedonism and sexual immorality. Public nudity and even sex was normal practice at many of the hippie psychedelic happenings. What Aleister Crowley vowed to accomplish was becoming fulfilled prophecy!

The Hippie Movement was the turning point for altering the course of the new mindset of America. 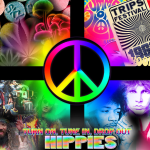 Articles about the hippie movement appeared in prominent mainstream magazines including Time Magazine who ran the story, The Hippies: The Philosophy of a Subculture. The Time magazine cover story described the guidelines for being a hippie:

“Do you own thing, wherever you have to do and whenever you want. Drop out. Leave society as you have known it. Leave it utterly. Blow the mind of every straight person you can reach. Turn them on, if not to drugs, then to beauty, love, honesty, and fun.”

It has been estimated that 100,000 people travelled to San Francisco during the summer of 1967. The media followed the movement of the hippies casting a spotlight on the Haight-Ashbury district where many of the psychedelic bands lived and played. In the hippies’ eyes, they had become freaks and little more than a sideshow for the amusement of visiting tourists. Many began to flee Haight in search of calmer, more remote settings.

Although the hippie movement died in Haight, it was still alive in the United States and moving eastward. By 1968, the movement continued to cross the country. Hippie fashion trends spread into the mainstream, especially popular with young teenagers and young adults of the populous “Baby Boomer” generation. Longer hair for men, beads, feathers, flowers, and bells were worn by many teenagers of the era even though they did not necessarily delve deep into the hippie culture or the hardcore hippie beliefs that were prominent from 1966 through 1967. The movement even spread overseas to Britain and Australia and Cape Town.

The Peace Movement within the hippie ranks gradually moved from peaceful demonstrations to open confrontation and eventually violence especially during People Park issue at the University of California. Demonstrations against the Vietnam war and the ensuing violence slowly caused a divide between the general population and the Hippies. As a final huge demonstration of their rebellion against the established order, Woodstock Festival was organized. More than 500,000 hippies converged on a open lot on a farm for a three orgy of drugs, sex and music. What should have been a final gesture of victory for the Movement actually spelt out it demise. 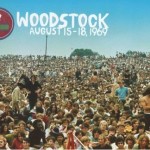 By 1970, the hippie movement began to wane. The events at the Alatamont Free concert shocked many people including some who had supported the hippie movement. Several hippie mega-stars, including Jimi Hendrix, Janis Joplin, and Jim Morrison, overdosed on drugs. The Charles Manson murders also contributed to the public hatred of the hippies. Soon, hippies were being physically attacked on the streets by skinheads, punks, athletes, greasers, and members of other youth subcultures.

As a leading hippie in Cape Town and in the hub of its drugs and occult activities, I can testify to the enormous impact it had on my life and the lives of others in the Movement. That we were being moved and guided by spirit beings is a fact of life. That our lives became chaotic and out of control is also a fact. that the entire decade had a global cataclysmic effect on the mindset of the human race is also true. That there were dangerous undertows and demonic currents flowing through sea of humanity is also true. 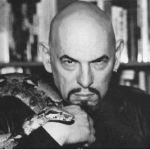 In 1966 Anton la Vey founded and launched the Church of Satan and announced the beginning of the age of Satan. In 1967 the Beatles and the Rolling Stones gave more impetus to the cause by releasing Sgt Peppers Lonely hearts club 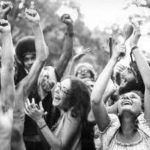 Band and to his Satanic Majesty. Both albums were dedicated to Aleister Crowley and were in commemoration of his death 20 years earlier. An occult revival was in the making and has spread all over the world since then. The revolution was on the roll and has been gaining momentum ever since the 60’s.