Although he was never a very well-known person, he exercised great influence in bridging Western occultism with psychiatry and psychology. He was born a Jew in London from orthodox parents who immigrated from Russia. His father was named Barnet Regudy and he was a cigarette maker by trade. The family moved on to the USA in 1921 and settled in Washington DC. Initially he studied art and Hebrew which came in handy when he  later on switched to studying Hermetic Qabalah. What is the Qabalah you may ask? 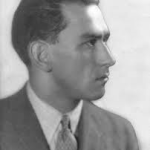 In 1928 at the tender age of 21 he came under the direct influence of Aleister Crowley when he accepted the post of private secretary. He returned to Paris where Crowley was based at the time. Crowley was kicked out of France later on and they moved back to London. Crowley and Regardie were drifting apart and in order to mend the situation Regardie co-authored a glowing biography of Crowley called “The Legend of Aleister Crowley”.

Regardie continued with his occult studies and already established as a co-author, published the first of his own books A Garden of Pomegranates and The Tree of Life in 1932. The first contained his Qabalistic studies and was based on research and knowledge gleaned from various sources. The Tree of Life however was based on the teachings of the Golden Dawn, which had ceased to exist in 1903. When published it caused a lot of excitement among the occult elite and was considered one of the most complete and understandable texts on practical magic ever written. http://www.controverscial.com/Israel%20Regardie.htm

Please note how that once more a practitioner of magic (which is forbidden by God) borrows a title for his book from the Bible. It is simply amazing how these people that set up systems of thought and belief borrow and steal from God’s Word, to lead masses of people astray with spiritual “insights” that come from nowhere else but the very pit of Hell. It is so typical of their master, the Devil, to misquote or cover up in order to entice people who are seeking the deeper meaning of life. They will enthusiastically speak  or write profound insights, revelations and esoteric mysteries to make it sound as if one is virtually entering into the deeper things of God meanwhile they are luring your mind into Satan’s power.

After a complete fall out with Crowley in 1934 in which Regardie was deeply wounded emotionally and psychologically, he threw himself into psychology and psychiatry. Through various established followers of Freud and Jung he immersed himself in psychoanalysis and psychiatry and completed “my Rosicrucian Adventure” and “The Philosophers Stone” in 1936. 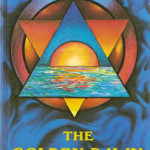 In 1937 Israel Regardie caused a major stir among the workers of magic in the inner circles. He published and exposed some of their most secret rituals and teaching in a four-volume work titled “The Golden Dawn”. He had this to say about his motives for breaking oath;

“…it is essential that the whole system should be publicly exhibited so that it may not be lost to mankind. For it is the heritage of every man and woman-their spiritual birthright.” …”My motives have been to prove without a doubt that no longer is the Order the ideal medium for the transmission of Magic, and that since there have already been several partial and irresponsible disclosures of the Order teaching, a more adequate presentation of that system is urgently called for. Only thus may the widespread misconceptions as to Magic be removed.” My Rosicrucian Adventure 1936. http://www.servantsofthelight.org/aboutSOL/bio-regardie.html

He was actually preparing the way for hardcore magic to become available to the young minds that were seeking a new way of living. The second significant thing he did according to the “Servants of the Light” also quoted in the above link, was to bring Golden Dawn magic to America where the New Age was slowly brewing in the minds of the generation to come.

Regardie practiced as a chiropractor and as a neo-Reichian therapist. He taught Psychiatry at the Los Angeles College of Chiropractic and contributed articles to many Psychology magazines.Regardie’s most profound work, The Complete Golden Dawn System of Magic, is a 1200 page book published by New Falcon Publications; a company he founded with his student Dr. Christopher Hyatt. The book is currently available in three different editions: a) 1200 page hard bound with index; b) eBook with the same material; and c) a new portable edition as a soft cover. Today Regardie’s work is being preserved and perpetuated by New Falcon Publications (www.newfalcon.com) and the Israel Regardie Foundation (www.israelregardiefoundation.net). 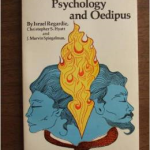 The core of this book is a quite short paper (which is extensively commented on by Hyatt & Spiegelman. The comments add to the text) by Israel Regardie regarding the relationship between occultism (primarily of the Golden Dawn variety) and psychology (Freudian, Jungian, and behaviorism (which was the hot new fab in the late 1940s in the psychological establishment of the U.S.) ) and what these schools can learn from each other.
Before his death and up to then Israel Regardie continued practising Reichi Therapy, writing articles on psychology. As a final note to emphasise his influence let me add one final link:

He had studied psychology and psychiatry with several notable teachers and was a strong proponent of Jungian analysis all his life, as well as the more controversial work of Wilhelm Reich. Both writers are known among the 20th century’s most unique and controversial psychological theorists, whose writings straddled the border between science, religion and myth, and incorporated a strong element of sexuality. It is easy to see how this emphasis blended well with Regardie’s magical and esoteric studies.

It was in Los Angeles in the early 1970s that Regardie met Dr. Christopher Hyatt and served as a mentor to the younger man by introducing him to the Golden Dawn tradition of magic. It is hoped that Regardie served as a better mentor to Hyatt than Crowley had to Regardie; in any case, Regardie’s and Hyatt’s similar backgrounds (both were Jewish and inclined to psychotherapeutic methodologies) helped them mesh and eventually led to a branch lineage of the Golden Dawn formed by Dr. Hyatt. In Phoenix, Arizona, in the early 1980s, Regardie also met Michael J. Crowley, future director of Mountain Temple Center.

In a sense, Regardie went beyond his erstwhile mentor Crowley in terms of bringing the practice of medieval mysticism into the modern world by tying it to the new science of psychology. Regardie’s most well-known works, The Middle Pillar, A Garden of Pomegranates, The Tree of Life, and of course his Complete Golden Dawn System of Magick are some of the most widely read books on the art of magick today, and have introduced the Golden Dawn system to a far wider audience than it had ever had before. Unlike Crowley, whose works are infamous for being “difficult” even for readers familiar with magic in general, Regardie’s books were always written for a broader audience and made a point of explaining esoteric concepts in a rationalistic fashion that mid-20th century readers, already exposed to the discoveries of psychology, could accept. http://home.earthlink.net/~xristos/GoldenDawn/bioregardie.htm