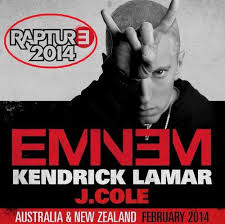 In view of the recent Theologo court case as well as the slaying of two girls found in the veld, the subject of Satanism is a top news item. SABC news had me on two different channels and Radio 702 had me on air for almost 30 minutes. People are concerned and rightly so. Eminem is about to visit SA and as he is an outspoken Satanist and promoter of the drug culture, we can expect more trouble among the youth. I am not an alarmist but a realist, and people need to understand why there is such an increase in anarchy, Satanism, sexual perversion and drug abuse among the youth of the world. Just before the end of this age, the Bible tells us the state of the world is going to be much worse than the cities destroyed by fire. Sodom and Gomorrah was controlled by raving mad drug induced sexual perverts. Aleister Crowley, a 33rd degree mason and head of OTO and the Golden Dawn, was known as the father of modern Satanism. He was also a Sir and an agent of Military Intelligence during WW2. He also had secret meetings with Adolf Hitler before he came under the influence of the Thule Society.

Hitler became a Satanist and formed the infamous SS, the enforcers of his belief system. His storm troopers were fuelled with very powerful amphetamines which turned them into super soldiers. His mass mind control techniques proved most successful in whipping an entire nation into a murderous frenzy. This was the single most largest social experiment and paved the way for  future mass mind control. Remember his mass meetings with thunderous Wagner marching music and the youth brigade leading the processions?

Crowley set out to start a world wide satanic revolution fuelled by drugs, sex and music. He was the single most powerful influence among major demoniacally inspired modern day musicians. His target market, the youth. In 1967 the age of Satan was ushered in through the release of two Long Play records released by EMI. These featured the Beatles and the Rolling Stones. Sergeant Pepper (Aleister Crowley) Lonely Hearts Club Band featured 200 hours of subliminal drug and occult related messages. To His Satanic Majesty was a blatant praise to their king by the Rolling Stones. Since then there has been a never ending line of Satanically inspired bands promoting drugs, sex and anarchistic music.

The spiritual and religious nature of drug abuse has completely eluded the minds of the “professionals” who want to maintain their control over a very lucrative industry. Private recovery “registered” centres are charging R60 000 and more for a 6 week program with a less than 5% success rate. For that amount of money a student spends and entire year at our centre with at least a +50% of complete healing. It just does not make sense  for the Government to want to close down a model of therapy that works so well for body, soul and spirit! Or to want to force us to change our program to comply with theirs.

While we defending and debating our point of view Satan is happily sending in his agents to promote his business of destroying young lives. What a messed up world we as humans have created for want of applying Biblical truth in our daily lives.