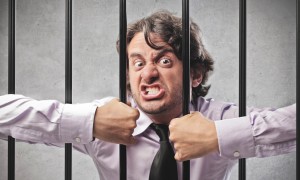 Psychiatry and the bondage it brings

I want to coin a new acronym. PBB = psycho babble bondage or maybe it should read psycho Babylon bull…$#%**. Nothing freaks me out more than when I see some of the people hand over theirs “meds” at the reception of our centre. Our centre admits people whose lives have come apart because of emotional and psychological breakdowns that lead to substance abuse commonly known as drug addiction. We also do a lot of out-patient counselling with younger teenagers and professional people who cannot take the 8-12 months off required to go through our program.

We have had several cases, too many to remember and its increasing, where I felt like phoning up the medical health professional who last saw these patients to give him an ear full for being irresponsible and even certifiably insane himself. We had several instances where drugs had been prescribed that where not to be used in conjunction with or before or after other drugs. These drugs are mostly schedule 7 or even higher and are highly dangerous. It is shocking but I had at least three girls I could distinctly recall who pitched up here so spaced out on their meds they couldn’t talk. They had legal prescriptions prescribing up to 15 & even 17 highly toxic medications covering epilepsy, mood stabilizers, various anti-depressants, pain killers and who knows what else. They were taking all the drugs simultaneously twice a day according to doctors orders. The worst thing is they were totally convinced that they could not live without these mind poisoning drugs. One woman close to 30, highly intelligent and with great potential had been on her drugs since childhood. She had no idea who she would be once sober. Another one suffered excruciating migraines, debilitating depression and was covered in scars on her wrists from cutting and several suicide attempts, was completely healed after she was weaned off her meds and prayed for in the name of Jesus. Everyone today is totally drug free and living normal lives. They no longer believe the psycho babble that put them in emotional, mental and physical prisons.
For those who don’t know me, I am a Biblical counsellor with a PhD and almost 30 years experience with drug addiction. I was an addict and drug dealer that was caught and thrown in jail. Before that I was going to study to be a clinical psychologist but instead became a professional soldier. At high school I was never exposed to drugs except cigarettes and alcohol. I abused alcohol and eventually smoked dope in the army. The rest is a long story. In jail in ’84 a personal confrontation with Jesus Christ set my life in the opposite direction, I was to become a voice in the wilderness, warning people of the dangers of legal and illegal mind altering drugs. It was a long and lonely road to where I am now. In my research to understand myself and the crazy world we are living in I made some really mind-boggling discoveries. This what I want to speak my mind on in the time to come.

﻿
Back to psycho babble……. One of the writers who contributed quite a bit to my understanding things better was Aldous Huxley. I have a small collection of his memoirs and letters as well as notes for lectures. Its bound in a rare book of his called Moksha. Together with Dr. Timothy Leary, professor in psychology and protege of Aleister Crowley, Huxley experimented with psychedelic drugs. They built on work and discoveries made by other scientists who where keen to discover how our brains and minds work. Without getting bogged down with too much detail, Huxley came to the conclusion that at some time some a global super government might succeed in social engineering and mind control, by using sophisticated psychotropic drugs. He wrote a science fiction novel called Brave New World in 1932 along these lines. Twenty six years later in 1958 he reviewed and updated this work and was astonished to find that his fiction novel had almost become reality. One of his letters to his brother Julian contains an article referring to Chemical Persuasion wherein he furthers expands on the notion of controlling the masses with mind altering drugs. I believe we are well on our way there.

On the blogs to come I will release verifiable facts on the global impact drugs are making on our lives and how that huge corporations are funding governments to bring more and more people “legally” under their control. At present the US government is pushing to pass a bill called Teen Screen, which is aimed at bringing more than the already 8 million teens under the psychological power of drugs like Ritalin, Luvox and so forth. They blatantly lie about fictitious brain disease labelled ADD, Bi-polar and various forms of depression. They say it is based on chemical imbalances which is not and cannot be validated scientifically. They are assisted by professional mental health workers who have little or no success in treating their patients and they are guided by a handbook called the DSM. We will later on expose the un-scientific nature of its contents later on. Apart from financial gain they also have other more insidious plans for our future.

I might pick up flack into the future for what I will speak my mind on, but I told you this will be an interesting trip.