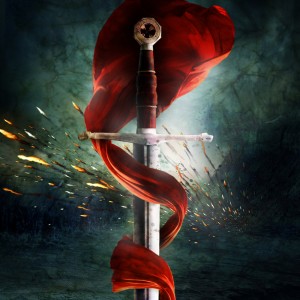 Can you believe it! A whole 12 months and more has passed since I have been to this part of my work! It is a disgrace but that does not mean I have fallen from grace. No, no! on the contrary it is a sign of more grace, because I have just been too busy with the center at House Regeneration to pay attention to much else. Darryl moved into his newly built house, we completed a bachelor flat, a computer center and a hair and beauty salon. We also extended Warren’s cottage into a bigger house and moved the girls to a newly acquired facility. Praise God for the property deal we could conclude and a small lodge tucked away in Kameeldrif private estate. It comprises of a lovely hall, boma, swimming pool, 6 rooms that can house 24 girls, with en-suite bathrooms, an office, a manager’s dwelling and a lovely kitchen on 1 hectare prime bush-veld. Here are some photos.

We were shown the property by local estate agents and during our first interview I made it clear that all our business dealings must be totally transparent and truthful as we were negotiating on behalf of God. We told them what the purpose is, namely a discipleship center for women who are in trouble. They presented several premises but they were either too big and expensive. We also had no idea to what extent the Banks would fund this venture of faith. Anyhow when they showed us this property both Annatjie and myself where excited. They presented it at R3.5 mil. excluding tax, which we thought would be within our grasp. Nevertheless I refused to sign a mandate because we needed to pray over the matter. That evening the Spirit told me very distinctly to Google the property. I found a listing by other agents for the exact same property at R3.2mil. incl. tax. On confrontation with the new facts the guys who showed us the place were embarrassed. I then insisted on a bank valuation. The banks refused to look at it as it was not residential and they were not funding commercial lodges. Negotiations came to grinding halt. Different lawyers tried to save the deal, nothing seemed to work. My heart told me we still did not have all the facts and God is busy behind the scenes. It took more than 6 months for everything to come to light but for the sake of confidentiality I cannot reveal all. The upshot of the matter was that we were able to borrow on our existing unbonded property and we bought the place for R2.1 mil tax included! There are already 19 girls in the place and God even supplied a married couple to manage the day to day running. Is God not incredibly good ! Anyhow I am going to become more frequent blogger from now on.